Family owned businesses have had a significant impact on the global business environment, and we pride ourselves on being one such business that leads the world into the new century with a firm commitment to the values and spirit of the world’s greatest and most ethical organizations.

Being a proud Family owned business, we have a true long-term view aswe constantly make investments and decisions based on their impact overgenerations and not just a quarter’s worth of financial results.

We are more than aware that in every decision that we take, our family’s name & reputation is at stake, and it is this principle thought that provides us the drive to follow strong ethical practices and take decisions from long term perspectives.

People who know Sh.Haresh Mehta can vouch for his word – the smoothness and sharpness with which he understands and manages people, business & family. He has also more than mastered the art of winning the hearts and minds of the people around him.He has been involved in every aspect of business – strategic or operational, since childhood. He has a great sense of social responsibility and believes in giving back consistently to the society as a vital part of life. His approach is extremely focused, long-term & structured. He is demanding, result-oriented, hands-on and has a great eye for detail. He is punctual and meticulous. His doors are always open for everyone in the office as he strives to respect his people, while seeking and valuing their contribution. Working with him is an exciting and intellectually satisfying experience, which can be more than vouched for by all those who have worked with him in the past.Sh. Haresh Mehta has built all group companies from scratch and each of the businesses are doing well and are respected in their own domain. He has a very strong belief in “Value & Trust based” business practice & living. He believes that a commitment made verbally or over a handshake is infinitely more valuable than a contractwritten in black and white.Besides having an overall deep understandingof business and market, Sh. Haresh Mehta has extensive domain expertiseand exposure in global as well domestic markets, particularly in the field of commercial property investments, trading on exchanges, metals & minerals, and related areas.With his sons having finished their primary professional education, he is looking forward to preparing both of them for every aspect of business so that they are more than capable of taking charge of their respective business interests by 2018.

His 2020 goals for the group are very clear:

Yash’s passion for math and physics lead him to pursue a degree in Engineering from the University of Michigan at Ann Arbor. Here he had a focus on Industrial Operations Engineering which was the perfect blend between economics, business and Engineering. Finding his true calling in business, Yash later transferred to and completed an Undergraduate degree in Business Administration from Kingston University and is currently pursuing various diploma coursesin Finance on his road to achieving an MBA.
Yash has had a fairly diverse set of work experiences which more than adds to his current position in an e-commerce company. His various positions have given him a range of experiences that include research and optimization analysis of product output, working with investment projects and writing research reports, and working on numerous consultancy projects while gaining experience incustomer relations and other interactions.Yash is currently leading theend to end setup of an ecommerce venture at Premium eBusiness Ventures.Yash dreams of becoming a very successful entrepreneur and one day hopes to become the founder and owner of a Fortune 500 company.Like his father, Yash also has a deep sense of social responsibility which is more that visible in his constant attempts to make charity and a sense of community an integral part of his business operations. 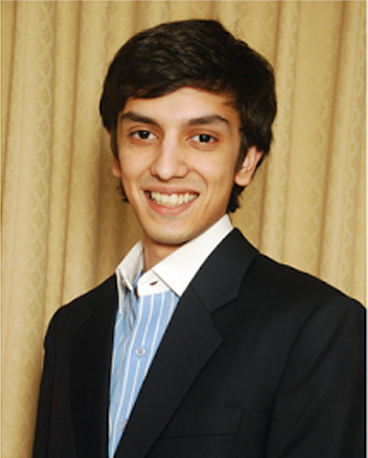 Divit graduated from EcoleMondiale World School with an interest in the Biological Science that led to his pursuit of a Biochemistry degree from the University of California Davis. Divit immediately transferred to and completed an Undergraduate degree in Business Administration from Kingston University and, like hisbrother, is currently pursuing various diploma courses in marketing prior to getting an MBA.Divit started his work exposure with internship at Panacea Biotech in the Marketing Department with focus on modern marketing strategy and their real world applications. After which, Divitinterned at Premium Investments (PI) where his focus had been on learning market trends and the basics of Options trade. Through both experiences he has developed a healthy understanding of today’s economicsystem and its management.Divit is currently working with the Global Metals and Investment business lines with the specific focus of maximizing their immediate and future earning potential. Divit has dreamedof starting his own ventures and creating an organization that will outshine some of the world’s largest corporations. Despite being motivated by a host of world and business leaders, Divit has drawn his true motivation from great men like Sh. DhirubhaiAmbani and Sh. Ratan Tata, using their example to create a business empire that rivals those of his idols.A deep sense of social responsibility is inherent in the Mehta household and Divit hopes to further this by supporting his community and contributing much time and effort into various charitable organization throughout India. 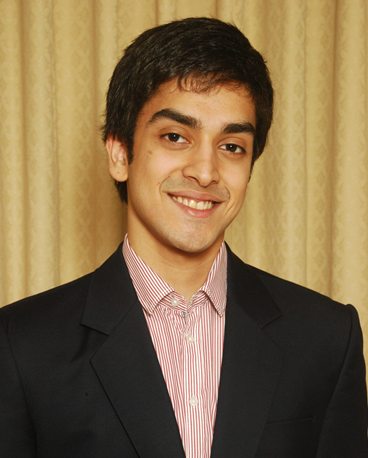